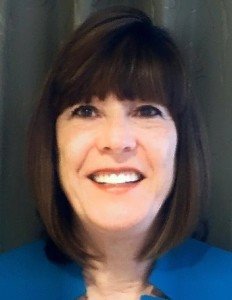 Born in Britain, Susan F. Fremit emigrated to Canada when she was a young child.  As a teenager, she completed her secondary school education while traveling between England, Portugal and Spain.  Through being very involved with every community she lived in, Susan encountered diverse European and Canadian cultures, which lead to her passion for justice and an interest in law.Beginning with a Canadian Bachelor of Arts (B.A.) with a major in French and a minor in Spanish from the University of Calgary, Susan then obtained her Canadian Bachelor of Laws (LL.B.) from the University of Calgary Law School in 1989.

Moving across the country, Susan relocated from Calgary, Alberta to Windsor, Ontario, where she received her call to the bar and began the start of a successful Canadian law career.  After a decade of an established Canadian criminal defense practice, Susan then moved to the United States in 2001.

After relocating to Virginia, Susan received her American Master of Laws (LL.M) with a focus in litigation from the George Washington University School of Law in 2003 and then became an American citizen in 2006.

With over ten years of significant legal and criminal trial experience derived from building a successful criminal defense practice in Ontario, Canada, Susan F. Fremit has an internationally proven track record that she brought to Virginia residents in 2008.  In 2016, Susan celebrated her 25th anniversary of providing criminal defense services to Canadians and Americans.

The Founding of the Law Firm of Susan F. Fremit, LL.B.

Originally founded in 1991, the Law Firm of Susan F. Fremit was established to represent clients charged with Canadian Criminal Code, Young Offenders Act (repealed by the Youth Criminal Justice Act in 2002), Ontario Highway Traffic Act and Controlled Drugs and Substances Act offenses in Windsor and Essex County, in Ontario, Canada.  Over the course of a decade, Ms. Fremit represented over 1,000 clients in a variety of criminal, DUI, and traffic charges.

Most notably, in 1998, Susan F. Fremit represented a 37-year old male, diagnosed with schizophrenia and charged with second degree murder.  After admitting on recordings with 9-1-1 operators and the police that he strangled his ex-wife to death, Susan knew her client’s only chance to avoid an indeterminate mental health sentence would take a combination of experience, aggressive representation and significant knowledge of the law.  Dedicating months of research to mount the strongest defense possible for her client, Susan took this case to trial and successfully convinced the jury to find her client guilty of the lesser offence of manslaughter and her client was sentenced to five years in a federal penitentiary.

Outside of this murder case, Susan F. Fremit began to focus on DUI and Reckless Driving charges, in order to provide the best trial defense for her clients.  As a result, Susan was able to successfully argue in cases where applicable, that Breathalyzer test results from DUI police stops may be inaccurate because in spite of detailed procedures prescribed for test administration—and the internal tests within the equipment—determining the alcohol content of blood by testing breath can lead to errors for many reasons.

The Founding of the Law Firm of Susan F. Fremit, P.C

In 2008, the Law Firm of Susan F. Fremit, P.C. was established in Arlington, Virginia to provide a decade of Canadian legal expertise and trial experience to clients charged with serious criminal, DUI and traffic offenses in Alexandria, Arlington, Fairfax, and Falls Church, Virginia.

In 2009, Susan Fremit was admitted to the United States District Court Eastern District of Virginia (4th Circuit Court) to be able to aggressively defend clients charged with federal crimes.

In 2012, the Law Firm of Susan F. Fremit, P.C. opened another office to offer the combination of experience, aggressive representation and a proven track record across a broad range of serious criminal, DUI and traffic offenses to clients charged in Culpeper, Fredericksburg, Louisa, Spotsylvania, and Stafford, Virginia.

Most recently, in Fall 2016, the Law Firm of Susan F. Fremit, P.C. opened a third office in Bowling Green, Virginia to better reach those living in and around Caroline County.

Susan F. Fremit has held memberships with numerous professional organizations for more than two decades.  Previously, Susan held the position of Treasurer with the Essex County Bar Association in Ontario, Canada, from 1999 to 2001 and was a member of the Association for a decade.

Outside of her successful law practices, Susan enjoys being involved in her community with a commitment to volunteerism and support. Most recently, the Law Firm of Susan F. Fremit contributed sponsorship to the Aquia Harbour Golf Association’s Golf Tournament in June 2016, 2017, 2018 and 2019.  In 2016, the Association donated almost $4,000 to the Warrior Canine Connection, an organization that train canines to aid wounded veterans.  In 2018, the Association donated $2,500 to the Warrior Canine Connection. In 2019, the event raised just over $1,700 which is being donated to “A Christmas Miracle” in Fredericksburg. 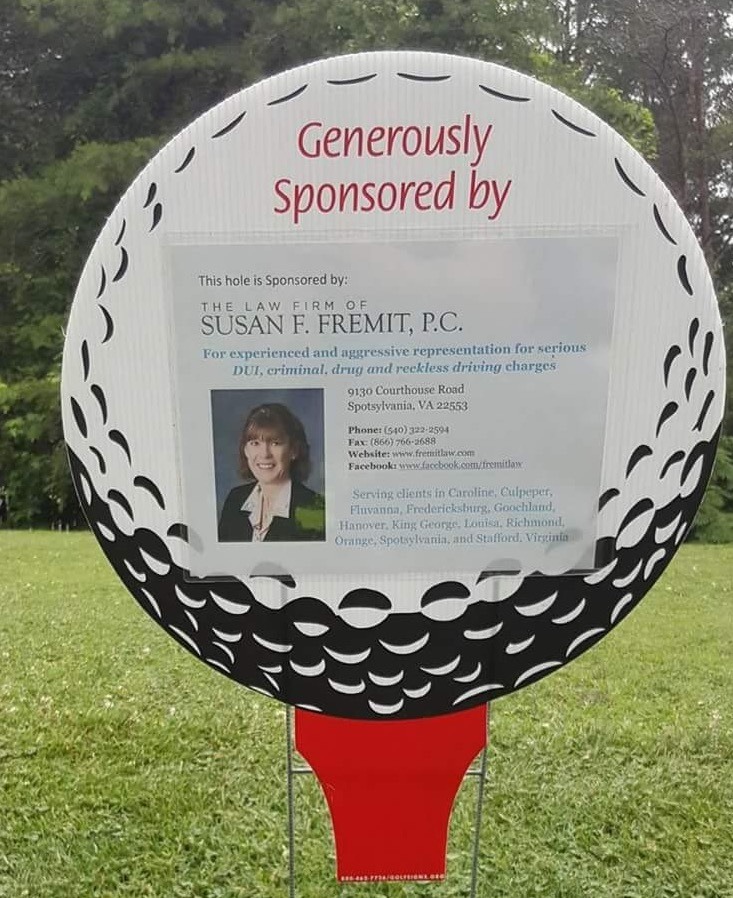 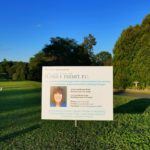 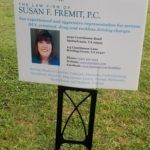 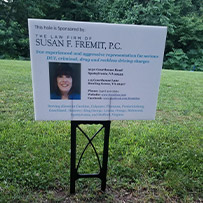 In the Mount Vernon district, Susan served two terms as President of the South County Federation, a group of nearly 40 community associations in the Lorton area.  Through these activities, she represented the voices of others with assertiveness and zeal.

We will respond to your inquiry in a timely fashion. Thank you.